If you have a feeling that God may be calling you to the priesthood, take a first step in faith and contact the church office at 912-355-1523 to speak with one of our priests.

Some are called to share especially in Christ's priesthood.

The sacrament of Holy Orders communicates a sacred power which is none other than that of Christ.

By reason of the sacerdotal consecration which he has received, the priest possesses the authority to act in the power and place of the person of Christ himself when presenting to God the prayer of the Church, and above all when offering the Eucharistic sacrifice. 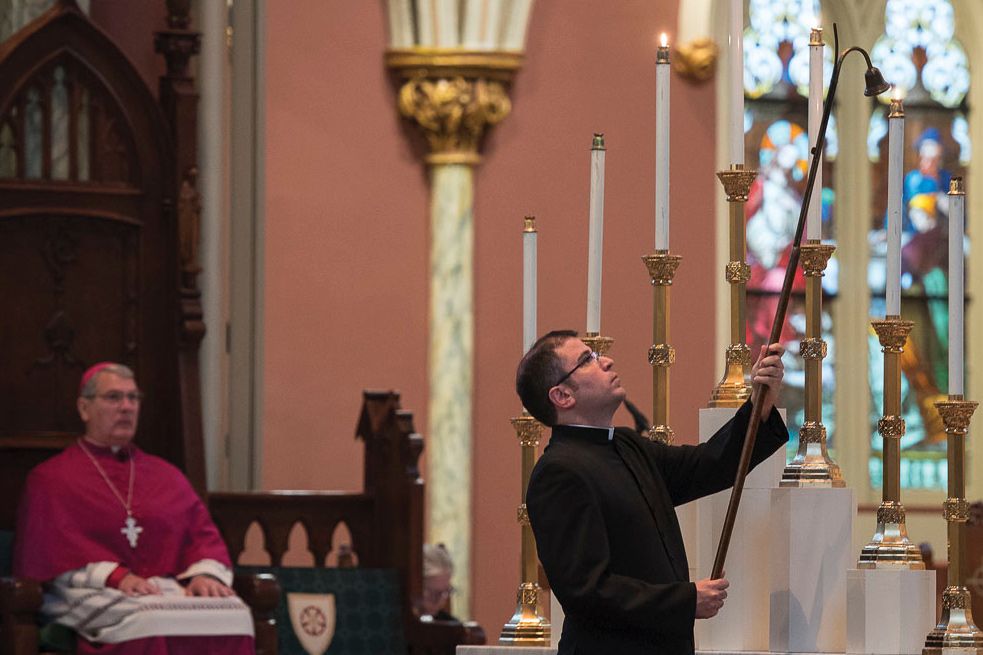 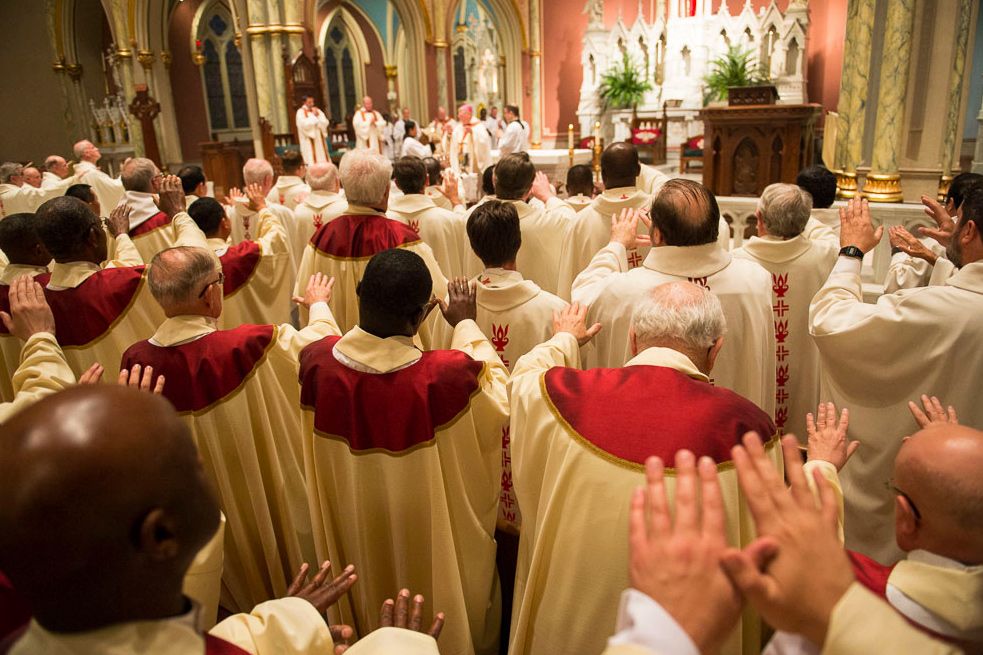 Do you have a feeling that God may be calling you to the priesthood?

Take a first step in faith and talk about it with one of our parish priests. He will help you along the path of discerning your vocation. And if someone you know has the feeling, help him take that first step!

To learn more about a priestly vocation within the Diocese of Savannah, please visit the Diocesan Office of Vocations.

O God, here our prayer
and let our cry come unto You.
Bless our Diocese of Savannah with many vocations to the priesthood, diaconate, and religious life.

Give the men and women You call
the light to understand Your gift
and the love to follow always
in the footsteps of Your priestly son.

If you are thinking about the Catholic priesthood, may God bless you as you search for His holy will.